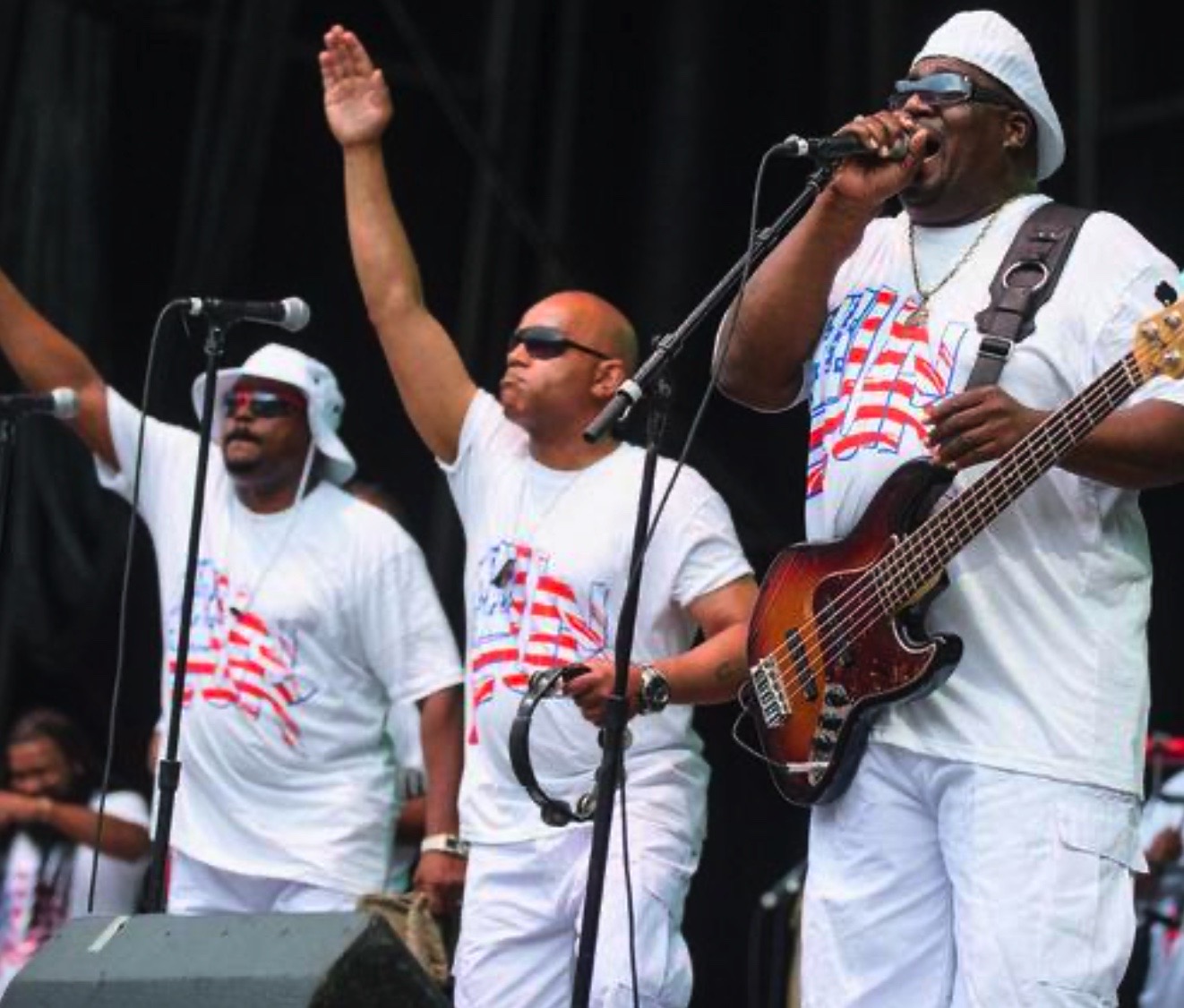 Miles off the radar of popular music during the early ‘80s, Trouble Funk energized their D.C. home with the sound of go-go music, an uproarious blend of swinging, up-tempo ‘70s funk and a ‘60s style horn section.

The first go-go record released outside of D.C., Trouble Funk’s 1982 debut “Drop the Bomb” appeared on Sugar Hill, the same label then championing early hip-hop. (The two styles had very similar origins, in the break beat culture of urban block parties.) Also in 1982 they released a single “So Early In The Moring” on D.E.T.T. Records, later reissued on diverse labels as 2.13.61 & Tuff City.

Though the band’s second album, “In Times of Trouble”, appeared only on the local label D.E.T.T., Trouble Funk earned national distribution with a prescient concert record, “1985’s Saturday Night (Live from Washington, D.C.)”, released through Island. After taking the live act nationwide and even worldwide (they played the 1986 Montreux Jazz Festival), Trouble Funk returned in 1987 with the boundary breaking “Trouble Over Here, Trouble Over There”, featuring sympathetic heads like Bootsy Collins and Kurtis Blow. It was a bit of a stylistic misstep, however, Island released the group from its contract.

Their song “Pump Me Up” has been sampled by many other artists and is featured in Style Wars and the fictional R&B radio station Wildstyle in the game Grand Theft Auto: Vice City. Also, the song “Pump Me Up” was sampled in Dimple D’s one hit wonder “Sucker DJ” which went to #1 in Australia.

Keyboard player Robert “Syke Dyke” Reed passed away at aged 50 on April 13, 2008 from pancreatic cancer. Undeterred, Trouble Funk kept on grooving around the city, playing often, even into the ‘90s and 2000’s, for nostalgic party goers as well as the musically curious. Today, Trouble Funk continues to remain a figure on the Washington D.C. area live music scene and you can catch them doing their known tunes as well as some new.