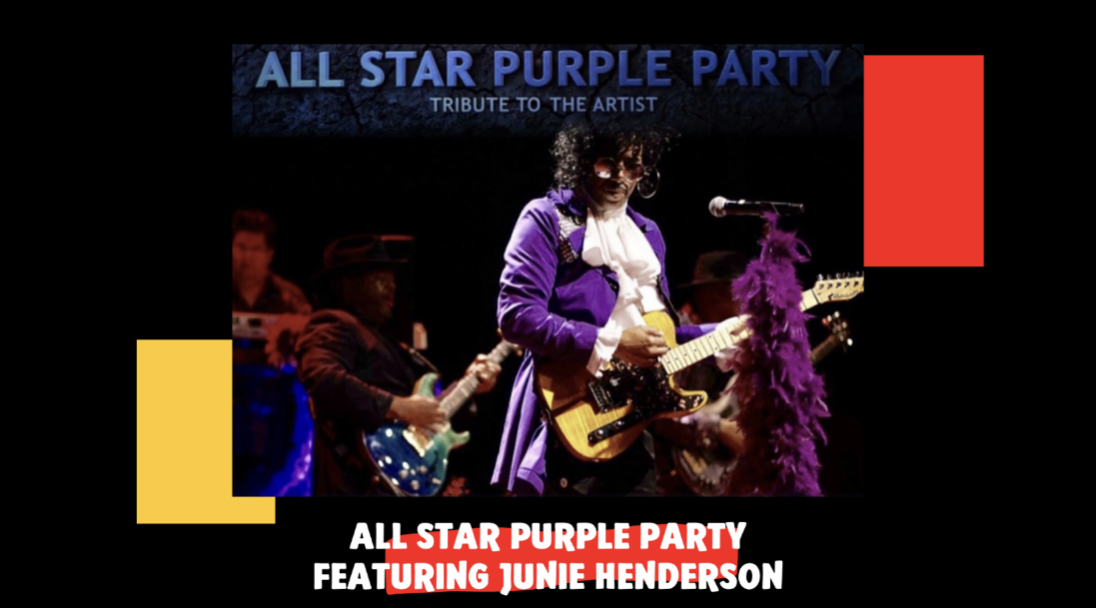 This Prince Tribute Band features Edward “Junie” Henderson as Prince and an All-Star Band of talented musicians with a non-stop, hit packed show bringing the music and memories of Prince. They perform all of Prince’s biggest hits including “Let’s Go Crazy,” :Purple Rain,” “When Doves Cry,”  “Kiss,” “1999,”  “Sign O The Times,”  “I Wanna Be Your Lover,” “Little Red Corvette” and so many more!

Edward “Junie” Henderson’s music is no stranger to accolades. He was lead vocalist and songwriter for Go-Go legends, Experience Unlimited. EU had 4 charting singles including the number-one hit “Da Butt, were nominated for a Grammy and were Soul Train Award recipients. In 2016 he was inducted into the African American History Museum on the Mall in Washington, D.C. Ed has performed on the Arsenio Hall Show, Soul Train, at the Apollo,  has toured every major Black Historic College in the country and was featured with Spike Lee in the movie, School Daze.