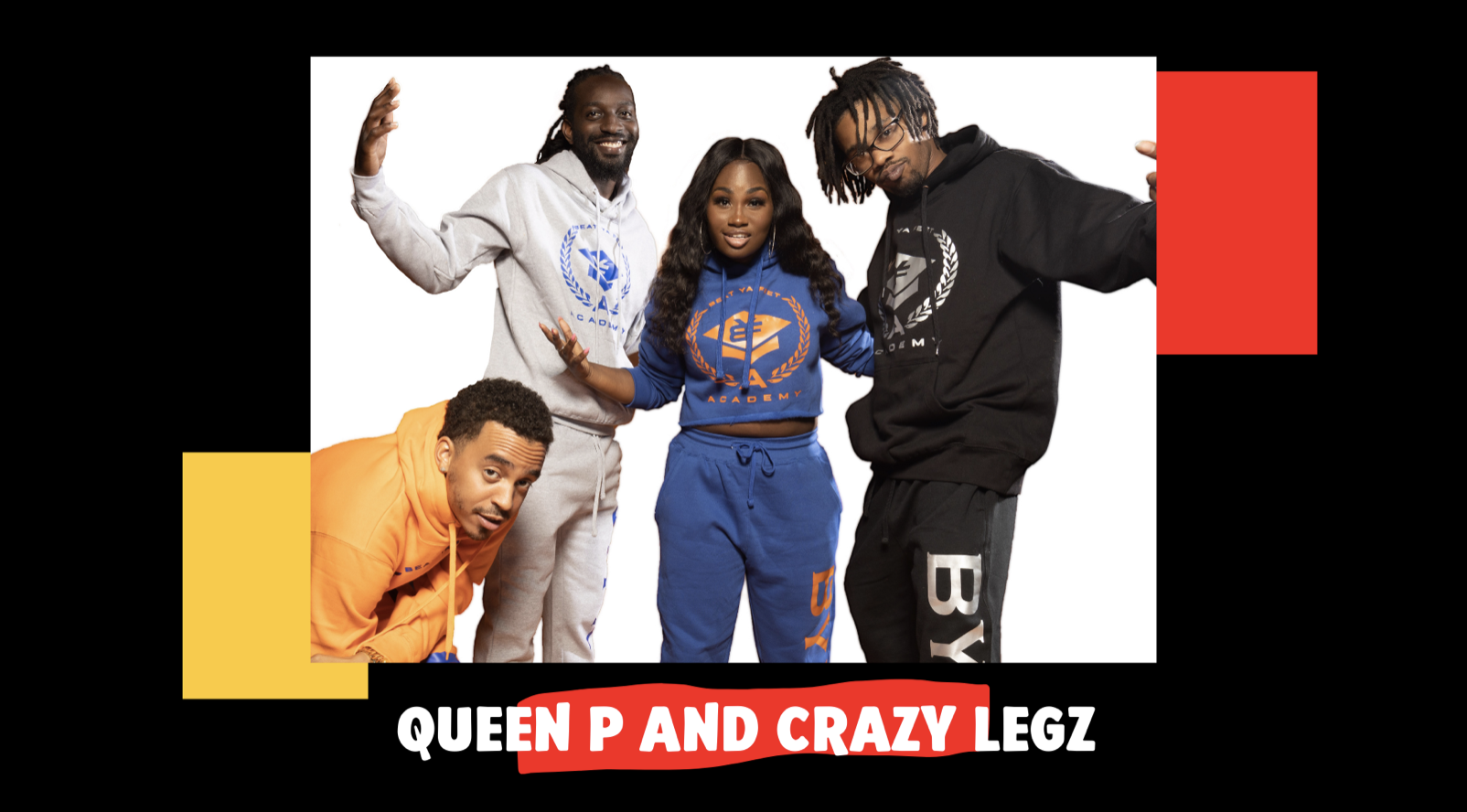 “Beat ya feet” is a style that involves fluid footwork and energetic moves, and dancer Porche “Queen P” Anthony knows all about it.

Queen P started beating her feet in 1999, only one year after the style was created by Marvin “Slush” Gross in D.C.’s South East Barry Farm neighborhood.

Since then, Queen P has delivered her moves in school hallways, neighborhood churches, and go-go venues throughout the D.C. and Maryland area. Go-go acts like Backyard Band (BYB), Critical Condition Band (CCB) and Raw Image served as her soundtrack.

Queen P hit the national stage in 2009 when she and her crew, the Beat Ya Feet Kings, made it to MTV’s America’s Best Dance Crew. After a solid run on the show, Queen P continued to build beat ya feet culture by teaching the dance across the country.

Queen P continues to spread the beat ya feet dance with workshops, videos, and merchandise.