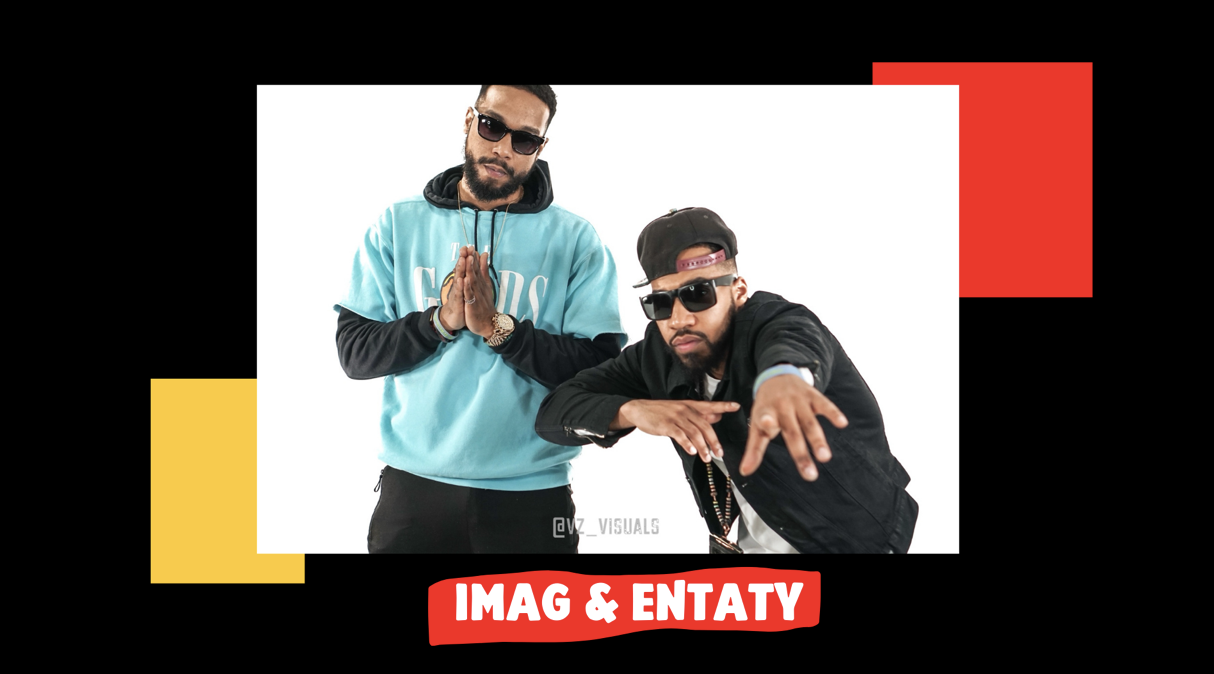 IMAG, as an American music artist born in Washington, D.C., Lemond ‘IMAG’ Brown found a passion for music at the age of 6. Now with more than 15 years of music experience writing, recording / producing and performing, IMAG continues to use his passion for the arts to inspire young people around the world. Prior to releasing his debut album the Melanin King Project (2015), Lemond founded The Swaliga Foundation in 2012, to connect schools, businesses and universities in an effort to improve the lives of youth around the world through STEAM (Science, Tech, Engineering, Arts & Math) education.

ENTATY has worked in the performance arts and music industry for over fifteen years, producing, collaborating, writing, DJing and arranging for local and national artists, and has performed in front of thousands of attendants in various venues around the country. He attended Duke Ellington High School of the Arts, before later attending the University of the District of Columbia for music education. During that time, ENTATY signed with legendary super producer Chucky Thompson’s Lifeprint Entertainment, working with artists such as Raheem DeVaughn and Chuck Brown.